Lux Row Distillers–What to Look for in 2022 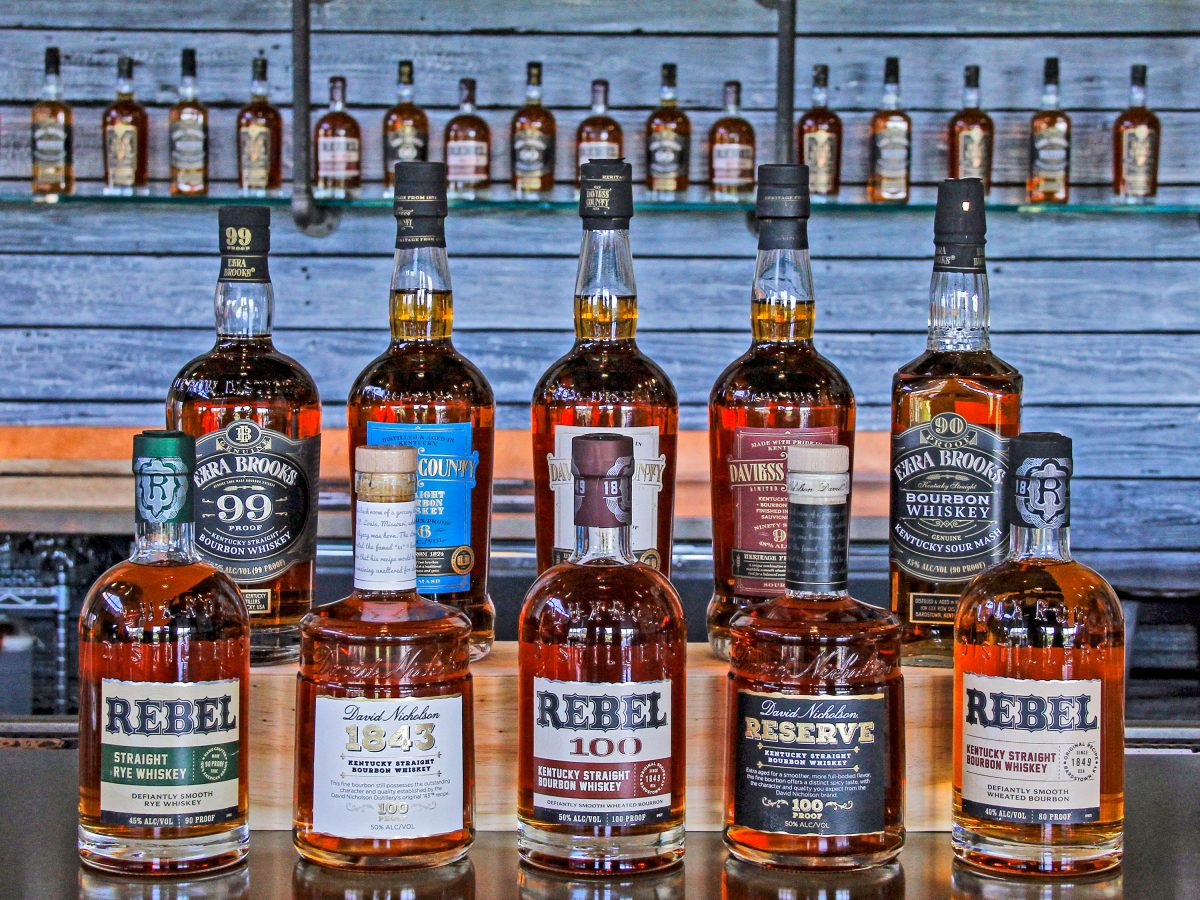 Any long-time bourbon aficionado will tell you that whiskey trends come and go. Some are passing fads, while others stick around for a few years. But, ultimately, each year brings something new and exciting to the world of whiskey. 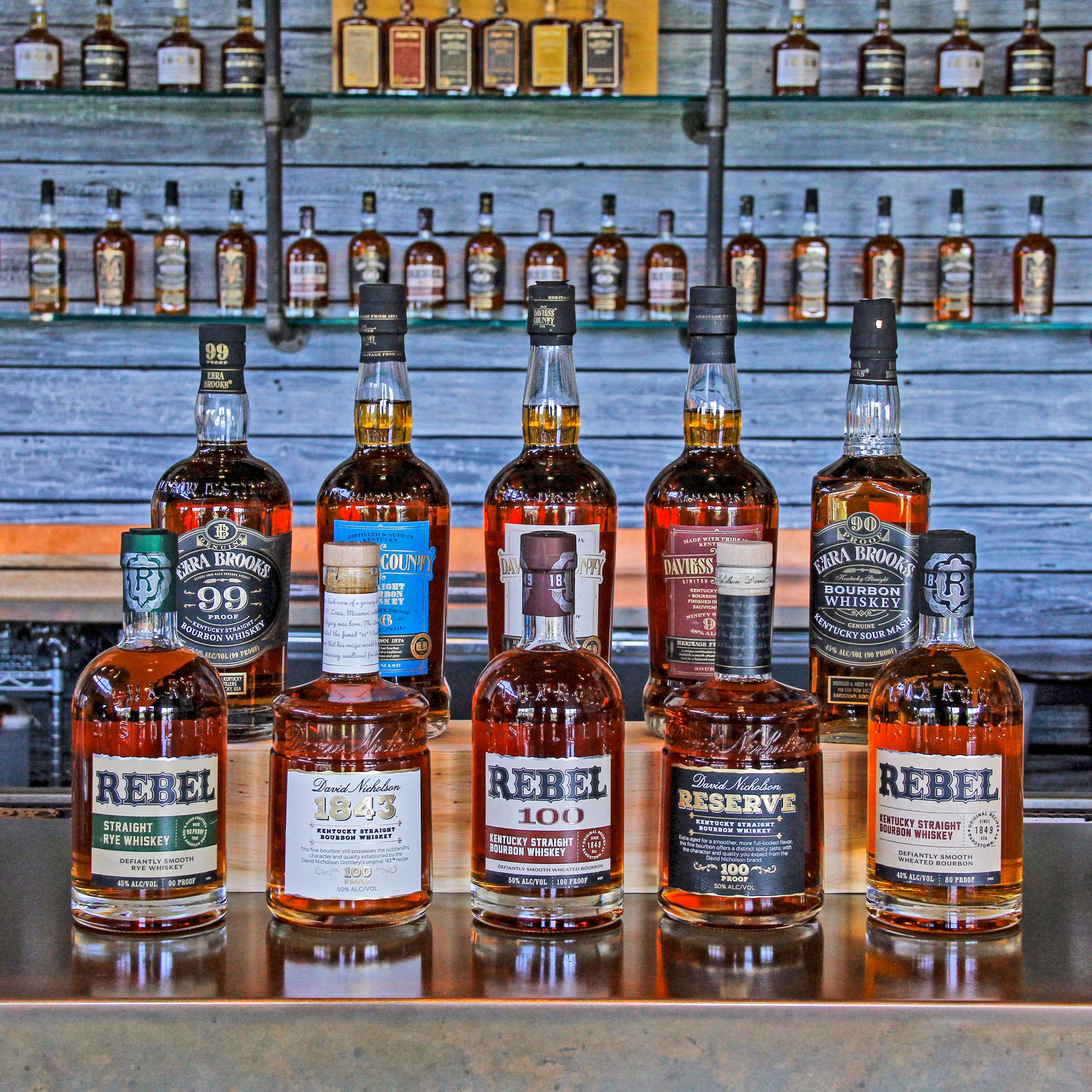 As we look forward to 2022, here are the current trends in bourbon and whiskey that we’ve been seeing across the board, as well as how you can participate in these trends yourself — whether you’re likewise new to the whiskey scene or you’re a stalwart bourbon drinker looking to shake up your routine.

Blending is nothing new when it comes to certain adult beverages, such as wine or scotch. However, it is a relatively new practice in bourbon whiskey. Whiskey blending is simply the art of mixing two or more whiskeys to create a new, distinct drinking experience. Our Daviess County Bourbons are blended using two bourbon whiskey mash bills, but you can try your own hand at this craft at home, using combinations of your favorite whiskeys. All you need is a measuring glass, liquid dropper, something to take notes and, of course, your favorite whiskeys. Check out the full process in our step-by-step guide to whiskey blending at home.

If you’re unfamiliar, barrel-crafted cocktails are cocktails that are mixed and put into a 1-,3-, or 5-liter wood barrels for a period of time to allow the flavors to marry and draw extra flavor from the wood staves. You can learn more in this blog post from Rebel Bourbon: 6 Steps to Making a Barrel-Aged Cocktail.

Making infinity bottles is similar to whiskey blending, but taken up a notch and it is not for the faint of heart. In whiskey blending, you are attempting to reach a specific flavor profile and then consistently remake that blend over and over again.

If you want to try creating a truly, once-in-a-lifetime drinking experience, consider making an infinity bottle. Technically, you could be very precise every time, but for the most part, the goal is to start with two (or more) whiskeys and place them in a decanter. After you enjoy a glass or several glasses, you refill the decanter with either one of the same whiskeys or an entirely new one. The next time you take a dram from your infinity bottle, the taste and experience could be vastly different.

As the whiskeys sit together and marry, they change and develop in different ways. Introducing a third, then a fourth, and so on–it becomes an experience that no one else in the world is having.

Learn how to make your own Infinity Bottle here.

But if you’re not interested in any extra work standing between you and your next drink, you may just want to explore the increasingly high demand for higher-proof offerings. Bourbon fans are continually requesting higher-proof whiskeys that deliver a greater intensity of flavor, packed with notes that are as close to what’s directly in the barrel as possible.

Last year, we released our own higher-proof offerings in two of our longest-standing whiskeys, Ezra Brooks and Rebel Bourbon. If you haven’t given them a try yet, you should! Ezra Brooks 99, is an award-winning whiskey rich with notes of caramel, vanilla and spice. Rebel 100 is also award-winning and bolder than the original Rebel 80 proof variant. 20 proof points higher than the original Rebel Bourbon.

Extra-aged offerings remain a current trend in bourbon and whiskey, though they’ve been around for a little while longer than some of the other trends on this list. While many favorite bourbons are aged around 5 to 10 years, demand is increasing for bourbons that sit in the higher end of that age range, with the belief that the longer the whiskey remains in the barrel, the longer its flavor profile has to develop and refine.

For bourbons that are both extra-aged and high-proof, look to Rebel 10, our 10-year single barrel bourbon that’s been aged in charred oak barrels for a decade, as well as Old Ezra 7, which is aged in new, charred white oak barrels for seven years and then bottled at barrel strength, for a 117-proof experience.

Need More to Look Forward To?

2022 promises to be another wonderful year of all things whiskey and bourbon. See what you can expect from Lux Row Distillers specifically in the upcoming months, including our exciting new $4 million distillery expansion, which will enable 24-hour operations and boost annual production by 75%. In the meantime, find the above Lux Row Distillers bourbon and whiskeys — plus so much more — at your favorite place to shop for all things whiskey.