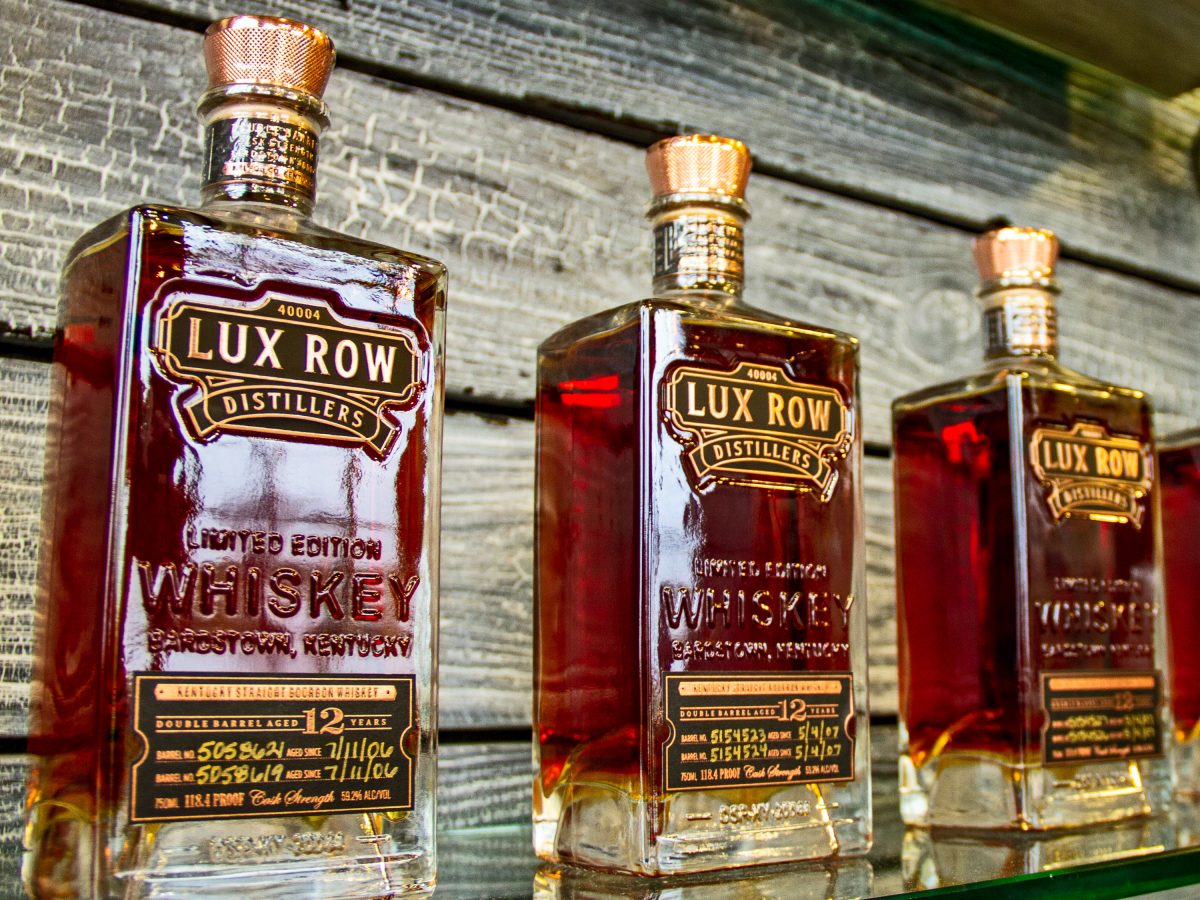 If you’re a bit new to the world of whiskey, you’ve likely come across the terms “single barrel” and “double barrel” when shopping around at your favorite spirits store and you might not have been 100% sure what exactly they mean. You know that barrels are a crucial part of the bourbon-making process, and maybe you’ve even taken a few distillery tours throughout the Bluegrass State. But it’s not always clear what the different bourbon terms stand for.

Not to worry, though! We’re here to help so you can make a more informed decision the next time you’re searching for a new bottle of bourbon.

What is Single-Barrel Whiskey?

If bourbon is described as being “single-barrel,” it just means that all of the juice (bourbon) in that bottle was sourced from a single barrel of bourbon.

But, you ask, why aren’t all bottles of bourbon single-barrel? Nope. In fact, most bourbons are actually a mix of several barrels. But, why?

Depending on quite a few factors, such as where a barrel was stored in the rick house or the weather, one barrel of bourbon might taste totally different from another barrel. In order to make sure all of a brand’s bourbon tastes the same, a distiller must mix and match various barrels to achieve the desired flavor. For brands, consistency is key and it’s hard to ensure consistency with just one barrel of your favorite bourbon.

Because of this process, single-barrel whiskey is unique. A single-barrel bourbon hasn’t been mixed to achieve that specific flavor profile. Instead, it offers a truly one-of-a-kind tasting experience.

What is Double-Barrel Whiskey?

So if single-barrel bourbon is sourced from a singular barrel of bourbon, that means double-barrel whiskey is simply a mix of bourbons from two barrels … right? Well, not always.

One of our favorite releases was the Daviess County Limited Edition Double Barrel Bourbon last year.

So what’s better — single-barrel or double-barrel bourbon? In all honesty, it all comes down to personal preference.

You can find single and double-barrel bourbons that come at a range of price points, with a range of flavor profiles, and at varying proofs. The most important thing to remember is that, if you do find either a single-barrel or double-barrel bourbon that you love, it’s smart to snatch it up fast. Even when the same product comes out the following year, it could taste vastly different from the previous year’s bottle.

As unique and limited as these types of bourbons are, you never know when you’ll find quite the same experience in a bottle of bourbon again.

If you’ve yet to try a double-barrel whiskey, Lux Row Distillers has you covered with our 12-Year Double Barrel Whiskey. It’s a cask-strength, ryed, Kentucky straight bourbon whiskey created from whiskey aged in two different barrels for 12 years each. Since our 12-Year Double Barrel Whiskey is an exclusive product, it’s only available in the Lux Row Distillers gift shop throughout the year. However, the small number of bottles we produce can fly off the shelves fast. So, if you have your heart set on this particular bottle, give us a call before visiting, to ensure it’s in stock. You can even try a sample in the gift shop.

For other Lux Row Distillers whiskeys, see what’s available at your favorite nearby spirits store.