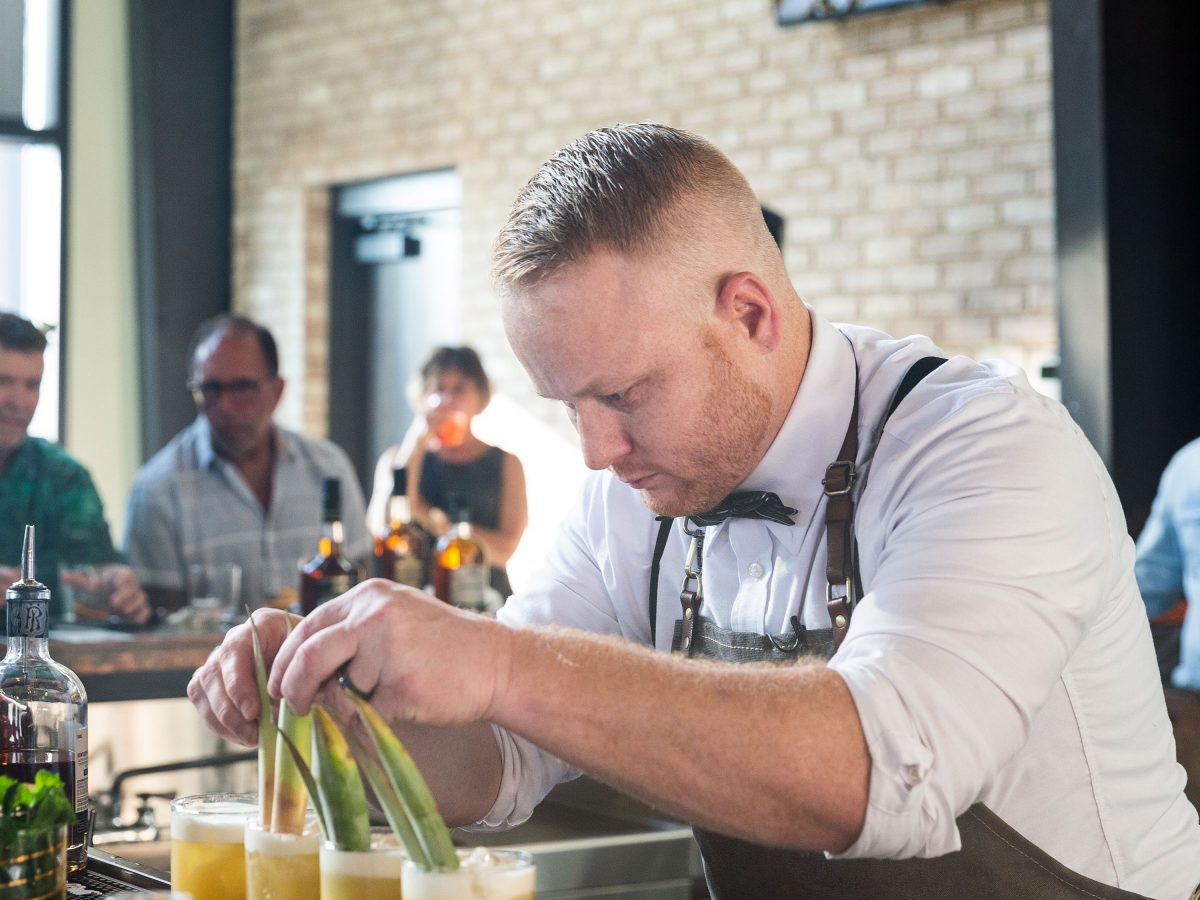 You’ve likely enjoyed them dozens of times. Whether attending an event, ordering at a favorite bar, or home during a relaxing evening, classic whiskey cocktails are suitable for any occasion. Old-fashioneds, manhattans, and sazeracs are all cocktail staples, and you probably think you know them well.

But could you really regale your friends with the stories surrounding any of these favorite cocktails? If not, here’s a quick hit on the history behind three of your favorite whiskey-based beverages.

The Old-Fashioned is (Unsurprisingly) Pretty Old

Yes, the old-fashioned is just what it sounds like: old-fashioned. But there’s never been anything wrong with that. This simple — yet perfect — whiskey cocktail is a go-to for many frequent whiskey drinkers. But who was the first genius to enjoy it?

According to bar legend, the very first “old-fashioned” recipe was published in 1862 and included many of the same ingredients as today’s old-fashioned. However, it used gin instead of whiskey. In the 1880s, that changed when a bartender at the Louisville (where else?) Pendennis Club supposedly made a version of the old-fashioned using bourbon. From there, the drink made its way to New York City, where it quickly gained traction.

At Lux Row, we make our old-fashioned the classic way, using:

Place the sugar cube in an old-fashioned glass and saturate with bitters, then add a dash of water. Muddle until dissolved. Fill the glass with ice cubes and add whiskey. Garnish with an orange peel.

A Cocktail with (Debated) Celebrity Appeal

For a cocktail created in the Big Apple, the manhattan certainly makes excellent use of Kentucky’s best bourbons. Similarly to the old-fashioned, the manhattan, as the story goes, was created at a social club in the late 1800s, more specifically at The Manhattan Club in New York City. There it became the signature cocktail for a party hosted by the Churchill family (yes, that Churchill family). However, some debate this theory, saying the cocktail just so happened to be invented by a bartender working in Manhattan — no Churchills or fancy clubs required.

Regardless of which side you take, you can enjoy a manhattan the Lux Row way by using:

Stir it all together with ice and strain it into a rocks or martini glass.

The sazerac and New Orleans. New Orleans and the sazerac. The two go hand in hand, and every cocktail aficionado knows it. The sazerac can be traced back to the 1800s when the French company Sazerac-de-Forge et fils produced and shipped cognac to New Orleans. There, the brandy was mixed with absinthe, sugar, and bitters, quite often at the popular Sazerac House watering hole, to create the cocktail we know and love today — although now you’re more likely to find rye whiskey in your cup than cognac.

At Lux Row, we make our sazeracs with:

Rinse a chilled old-fashioned glass with absinthe. Muddle the sugar cube with a drop of water in a mixing tin. Add ice, whiskey, and bitters to the tin and stir. Then, strain into the absinthe-rinsed glass and garnish with a lemon twist.

Whiskey Worthy of These Cocktail Icons

Want to do these storied cocktails justice? Be sure to include Lux Row Distillers family of whiskeys in your next classic cocktail. Some of our brands and recipes boast histories nearly as old as these 19th-century gems, and — whether you go with David Nicholson 1843, Rebel 100, Ezra Brooks 99 or any other options in-between — they’re all just the thing to elevate these cocktails you already know and love to an entirely new level.

Check out all of Lux Row Distillers’ whiskeys and see what’s available at your favorite nearby spirits store.