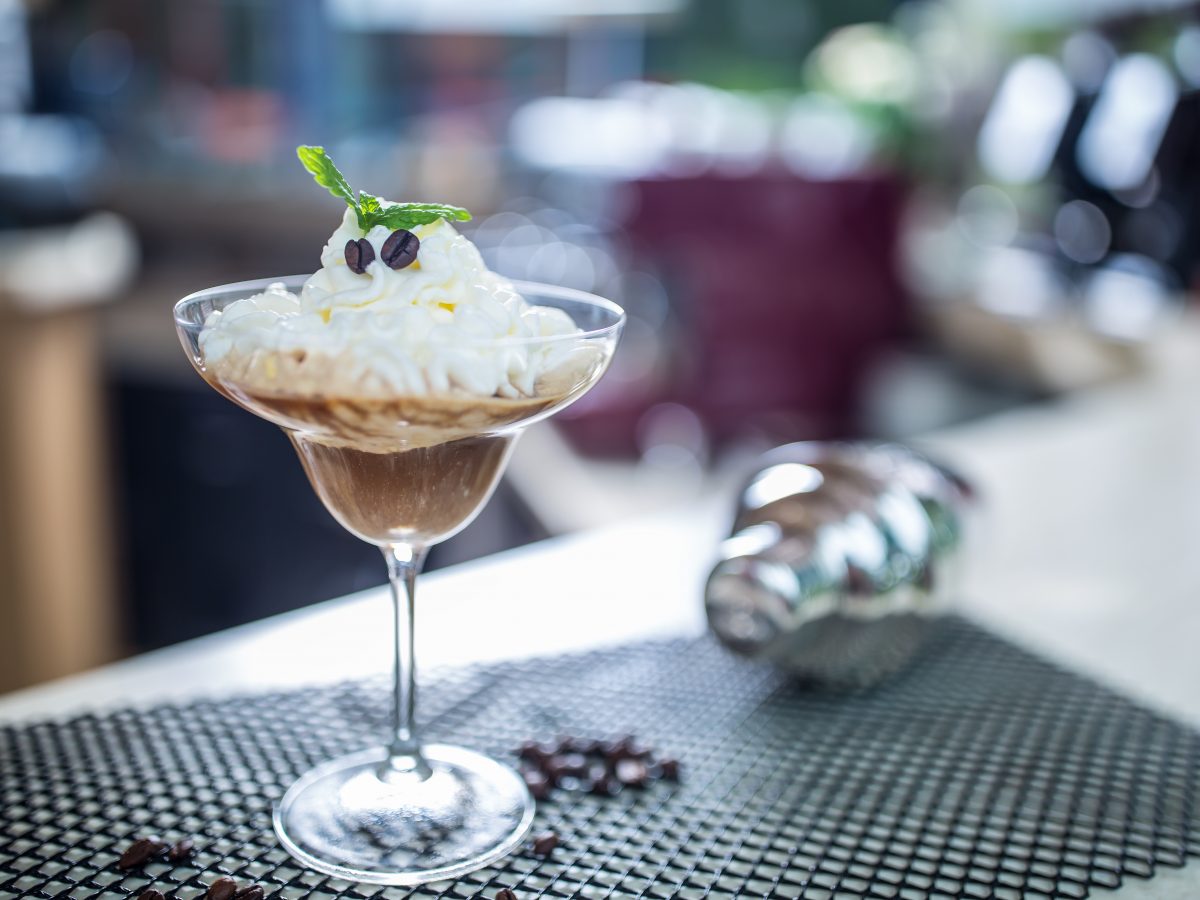 Bourbon goes with everything, whether it’s a sizzling steak hot off the grill or a charcuterie board with smoky nuts and cheese.

But there’s no sweeter pairing than bourbon and ice cream.

These two have plenty in common. Both are rich, indulgent, and something you reach for when the moment calls for a celebration or reward.

But it’s their contrasting traits that make the magic happen: The way the bold flavor of the bourbon pierces the delicate dairy creaminess, while the ice cream folds around and embraces the bourbon’s assertive presence. Putting them together is a fantastic way to see the best of each.

Splashing any kind of bourbon over a dish of vanilla ice cream is a classic, but we’ve matched up some sexy pairings featuring stars in the Lux Row family with complimentary ice cream flavors.

Ezra Brooks Blended Whiskey: Mocha Fudge
This charcoal-filtered bourbon whiskey is a genuine sour mash, boasting a likable mellow flavor. You get honey and vanilla first, front and center, with accents of spicy cinnamon and subtle chocolate. It’s a perfect bourbon for an ice cream whose flavor profile is not shy. Might we suggest mocha fudge, an intense coffee-chocolate combo that meshes so well with the cinnamon-chocolate notes of Ezra Brooks. Might we also suggest blending the mocha fudge ice cream and the Ezra Brooks into a boozy shake with a swirl of whipped cream on top?

David Nicholson Reserve: Chocolate Chip Cookie Dough Ice Cream
This extra-aged “ryed” bourbon is noted for its balance, with notes of honey and vanilla, and a hit of spice that’s distinctive yet civilized. Drizzle it over a goblet of chocolate chip cookie dough ice cream, which has a similar balance in its blend of subtle vanilla ice cream, souped up with chocolate bits and cookie dough bites.

Daviess County French Oak: Rocky Road
Lux Row’s revival of Daviess County Distilling Company comes just in time for this delicious ice cream pairing. The French Oak is one of three bourbons in the Daviess County line, all of which feature a combination of two mashbills — wheated and ryed — but it’s the only one finished for six months in French oak barrels. This aging process adds complexity, yet smoothness with hints of chocolate. Rocky road would meet that complexity head on, with its deep chocolate ice cream spiked with nuts and bits of marshmallow. Take it nice and slow: Scoop the ice cream into a chilled bowl so it stays firm, then chase each spoon with a sip of bourbon.

Blood Oath Pact No. 6: Rum Raisin
Every release of this coveted, award-winning bourbon is its own consummate creation, and No. 6 is no exception: It’s a union of three bourbons of differing ages (including one that rested in cognac casks), offering an astonishing wealth of flavors and sensations: oak, leather, and tobacco, plus a pleasing combination of sweetly spicy notes like cinnamon, allspice, nutmeg, caramel, and raisin. Did you say raisin? Rum raisin, with its buttery vanilla base and rum-soaked raisins, is the right ice cream for this spectacular bourbon. Pour it into a sturdy vessel and float the smallest spoonful of rum raisin atop to slowly, lazily melt down.

Rebel Yell Ginger Whiskey: Salted Caramel
Rebel Yell’s Ginger Whiskey is the wild thing in the Rebel Yell family, always game for whatever crazy pairing you’ve got in mind. With this whiskey, the ginger is sweet yet spicy, but mellowed by a backdrop of vanilla and butterscotch, giving it some couth and taste. There probably isn’t an ice cream flavor that wouldn’t work here, but salted caramel, with its butterscotch-toffee ice cream base, laced with thick ribbons of luscious caramel, sure does seem to fit like a glove. Spoon it straight from the carton, followed by a joyful swig.