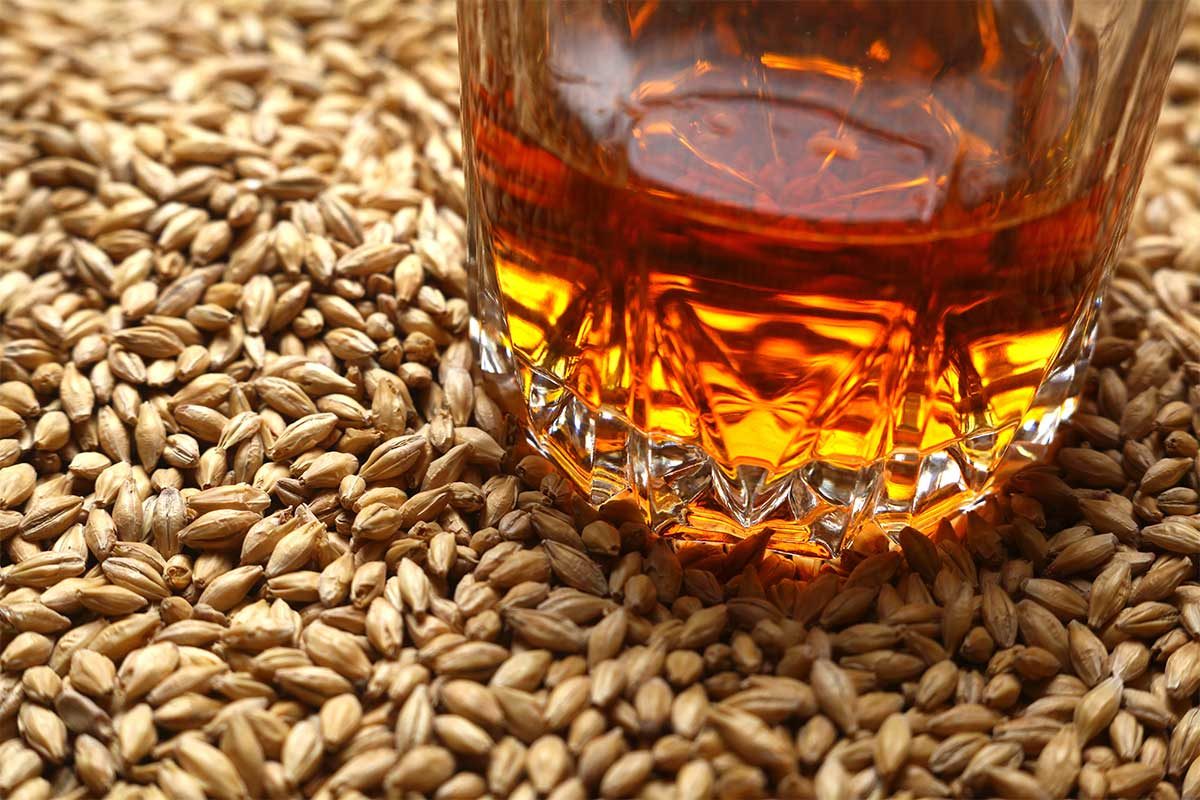 Ingredients matter. And regardless of where you are on your whiskey journey — beginner or connoisseur — you gain precious insight when you know what went into the glass you just poured. Understanding exactly what you’re sipping heightens your ability to recognize, appreciate, and savor.

Each whiskey starts with a base of corn, rye, barley, and/or wheat grain. These grains — along with the oak barrels they’re aged in — define the taste and aroma of the spirit.

Most whiskeys are made with a blend of these grains, to create texture and depth and fully bring out the best flavor of each grain.

The question is, which whiskey grain will best satisfy your taste buds?

Corn
Corn whiskey is your best bet if you want an easy-drinking spirit. Its sweet honey, browned butter, and creamy flavors create an alluring base to keep you sipping, while its notes of toasted marshmallow — derived from the use of charred American oak barrels — add a top note that sets you over the edge.

To be considered bourbon, the whiskey must be made in America and contain at least 51 percent corn base. For the integrity of the spirit, this is a rule whiskey makers don’t want to break.

To explore the finer points of corn at its very best, look to Blood Oath, where each and every batch is unique. Pact No. 4 is the latest release in a line that has earned the label much acclaim, and it’s sublime, with caramel and honey tempered by spicy, chocolaty undertones accrued by its time resting in toasted barrels.

Rye
If you’re the type who prefers some heat with your whiskey, get a little spicy with rye. It boasts the same ripe and dried fruit flavors as corn-based whiskeys, but with some extra nuttiness and spiciness, and an inherent richness that makes it undeniably unique.

Like bourbons, to be labeled a rye whiskey in the United States, the spirit must be made from at least 51 percent rye grain and be aged in charred American oak barrels.

For the ultimate rye experience, turn to Ezra Brooks straight rye whiskey, made from the finest rye and barley, then aged in charred American oak. It takes you on a journey, starting out slightly sweet and oaky, then ending with a warm, spicy finish.

Barley
If you’re more of a risk taker, then barley packs a punch. Barley is mostly used for Scotch — distinguished by whisky without an “e” in its name. Barley whisky is malted and often dried with peat, which adds a smoky earthiness to its character. It also possesses an inherent bite, which is why it’s common practice to age Scotch in old port wine or sherry barrels, to mellow out the spirit and add some valuable notes of fruit and spice.

Other flavors found in a Scotch whisky include dusty leather, orange rind, dried fig, and toasted caramel. Is your mouth watering yet?

Capture the thrills of barley in David Nicholson 1843, a wheated bourbon with a smooth flavor and finish. Barley is one in a trinity of flavors in this Kentucky straight bourbon, along with corn and wheat. The blend is complex yet balanced, with the barley sneaking in subtly smoky tones.

Wheat
Once less mainstream, wheat whiskeys have emerged as a rising star in the whiskey world. They’re a real American thing; almost all wheated whiskeys are made right here in the US of A.

And talk about smooth: Filled with honey, vanilla, dried berries, spice, and toffee flavors, wheat whiskeys are some of the smoothest whiskeys made.

For fans of the wheat, Rebel Yell is the go-to whiskey. Its 10-Year Single Barrel bourbon whiskey is aged in charred oak barrels for 10 years, accumulating a wealth of flavors, from vanilla to caramel to citrus, and yet remaining velvety smooth.

Whatever your flavor choice, Lux Row Distillers has a whiskey that hits the spot: from the feisty, never-go-quietly spirit of Rebel Yell and the simple honesty of Ezra Brooks, to the elusive, masterful David Nicholson and the prized, unrivaled Blood Oath.