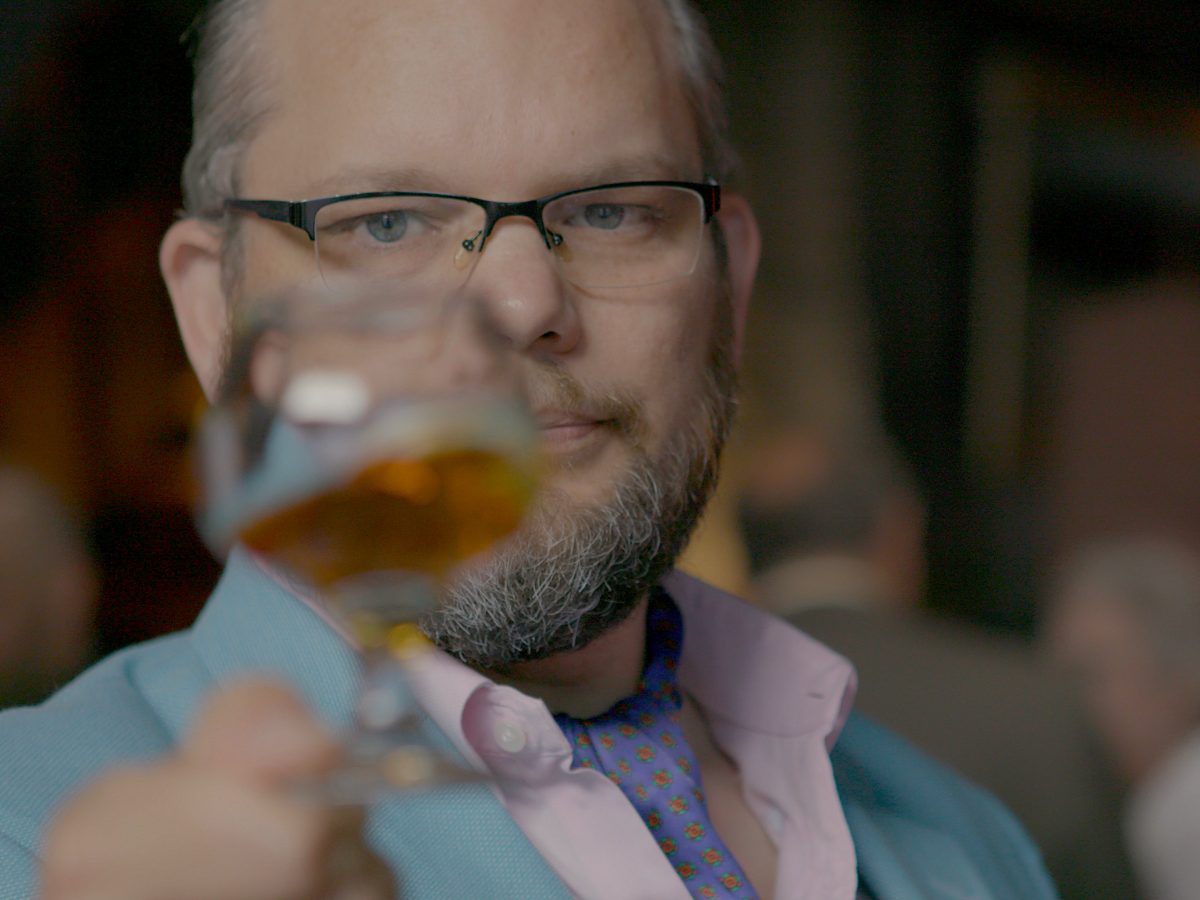 Since first writing about bourbon in 2006, Fred Minnick has become the foremost author, critic, editor (of Bourbon + Magazine), and, with the founding of the Bourbon & Beyond festival, impresario of the bourbon world. He has also written about rum, mead, and his military tour in Iraq, but his three books on bourbon have set a high mark: Whiskey Women, Bourbon Curious, and Bourbon: The Rise, Fall & Rebirth of An American Whiskey.

Lucky for us, he had some free time for a chat.

Lux Row Distillers: It’s certainly useful for a bourbon writer to be living in Louisville, but it was love that led you there, right?

Fred Minnick: That’s right. I moved to Louisville in 2005, after my tour in Iraq, to be with the woman who is now my wife, Jaclyn. She is also a big bourbon fan. I started writing for a magazine out here, and then went freelance. I wrote my first bourbon article in 2006 and haven’t really looked back since.

LRD: You’ve written extensively about other spirits — your latest book is about mead — but we gather bourbon drives the bus?

FM: Oh, yes, bourbon is the main baby for sure. For probably the first six years of my career, I was equally doing wine and bourbon. Frankly, I was a very good wine writer. In 2012, I was a finalist for a Louis Roederer award [as Emerging Wine Writer of the Year]. I didn’t win, but the event was the most important moment of my career to that point.

Now, wine people are great. But they’re not bourbon people. Here I was hanging out with Hall of Fame wine writers, and all I could think about was bourbon. So when I had my greatest day in wine I chose to leave it, and soon after that I finalized my book Whiskey Women.

LRD: What’s the current state of the bourbon union?

FM: Bourbon has been on an incredible climb in the last 20 years. More markets have opened up, and more exports than really at any time in the past 100 years. There’s been incredible growth in heritage and craft brands.

One reason is that we’re currently seeing bourbon being consumed by every generation. Kids in college, the ones getting out of college, the ones who have been professionals for 10 to 20 years, baby boomers, Gen X’ers — they’re all consuming bourbon. It’s a really unique time in bourbon history, because bourbon is cool.

LRD: We can’t help but note that last year, in a blind tasting, you named Old Ezra your Best Everyday American Whiskey.

FM: Lux Row has had a really good run in the last five years, putting a lot of effort into the future of Kentucky Bourbon, and that cannot be underestimated. Any time I see someone in that under-$40 price point with really good whiskey, I get super excited.

FM: I was always fascinated with ascots, even when I was little, no doubt driven by the character Fred on Scooby-Doo. And I loved Scooby-Doo. I was on a couple of trips with wine writer Bill Marsano, who wears them, and after one trip his wife sent me a few that she had made from old ties. That hooked me.

FM: Yes. If I go out now and I’m not wearing one, people think something’s wrong and ask if I’m okay.

LRD: What are you working on currently?

FM: I just wrapped up the second edition of Bourbon Curious, and that should be out in September [2019].

LRD: Also in September, the third Bourbon & Beyond Festival will take place.

FM: Bourbon & Beyond is put on by Danny Wimmer Presents. I’m the co-founder, and I chair all the bourbon workshops and activations. It’s one big music festival, with a lot of culinary and bourbon aspects to it.

It’s the only festival in the world where bourbon is actually on the stage with real rock stars, like Dave Grohl of the Foo Fighters. It’s taking bourbon to the next level. We pour a lot, to some 50,000 to 60,000 people, but they’re drinking responsibly because they’re there to learn. And, because bourbon is cool.