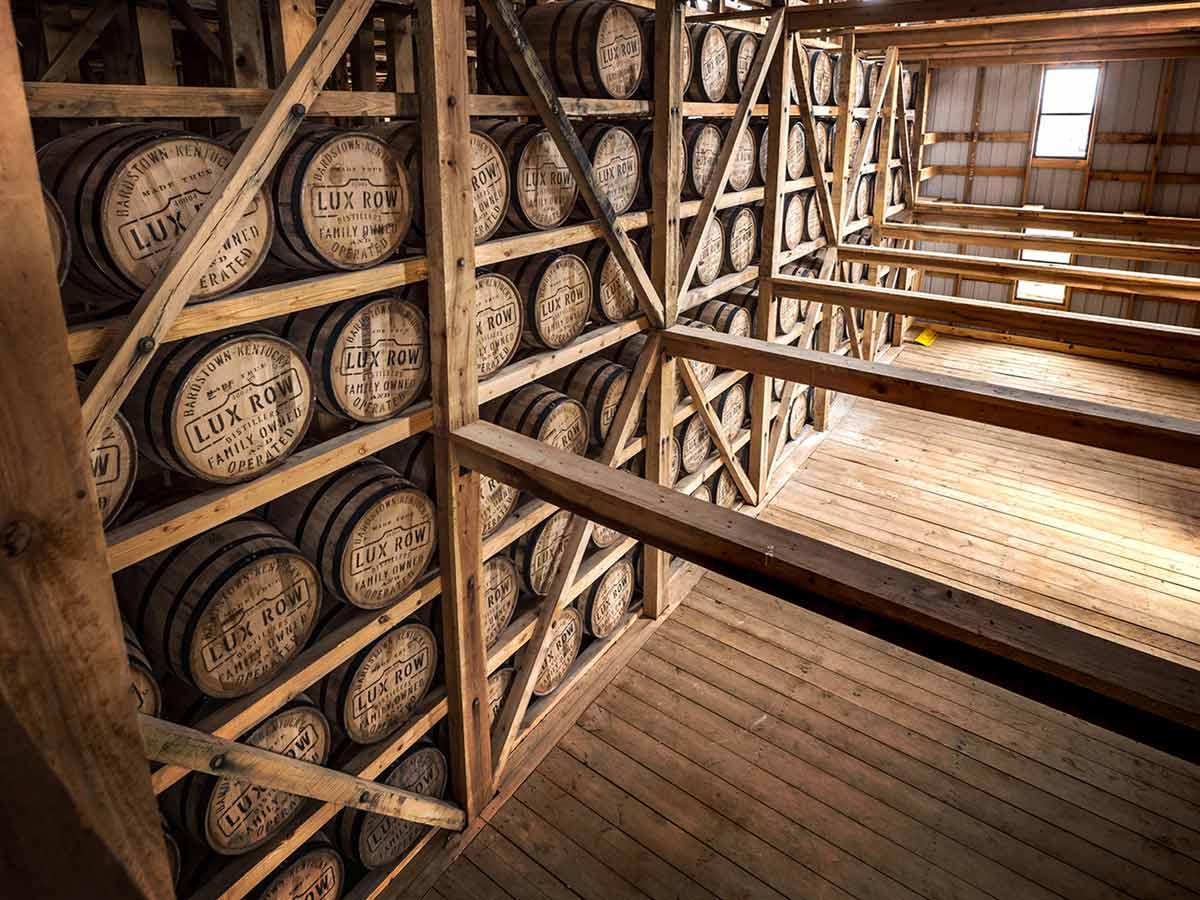 Say the word “Kentucky” and the next word automatically falls into place: bourbon. It’s just one of those natural pairings.

Nearly all bourbon is made there: 95 percent, according to the Kentucky Distillers Association. The connection between the state and the spirit is undeniable.

What is it about the Bluegrass State that makes it the bourbon capital of the world? There are five reasons:

Rock
Kentucky sits on a bed of gorgeous blue limestone, which makes the ideal building block for bourbon. When water flows through the rock, it picks up minerals that add personality and flavor. Limestone also acts as a filter, eliminating bitter elements such as iron.

Water
The water in Kentucky is hard — meaning, it has a high pH and a high proportion of minerals, including calcium and magnesium. These elements are optimal for distilling. The yeast in bourbon adores those minerals. They aid the fermentation process and create the distinctive, crisp Kentucky bourbon we know and love.

Soil
Kentucky boasts some of the richest, most fertile soil in the country, ideal for growing the major ingredient in bourbon: corn. Bourbon must contain at least 51 percent corn, and Kentucky is up to the task. The state has been corn country since its earliest days in the late 1700s. It’s so committed to the golden kernel that it grows corn in every county. Could any state top that for sheer dedication?

Weather
Hot in the summer, cold in the winter: Kentucky enjoys its weather extremes and so does its bourbon. These shifts in temperature impact the wooden barrels, which expand and contract as they age. As the barrel expands, the whiskey seeps in, absorbing the properties of the charred wood. As the barrel contracts, the whiskey flows back out, laden with flavor and golden amber in color.

People
If you’re a filmmaker, you go to L.A. If you’re a bourbon aficionado, you head for Kentucky. As the center of the bourbon universe, it draws not only visitors and tourists, but also the top whiskey professionals in the world.

The area was first settled by immigrants from Ireland and Scotland, who brought with them the whiskey-distilling skills of their homelands. Those skills were handed down from generation to generation — sowing the seeds for what would become bourbon country.

If you’ve visited the Kentucky Bourbon Trail, you know that bourbon people are fun folks who love what they do and share that love with you, too.