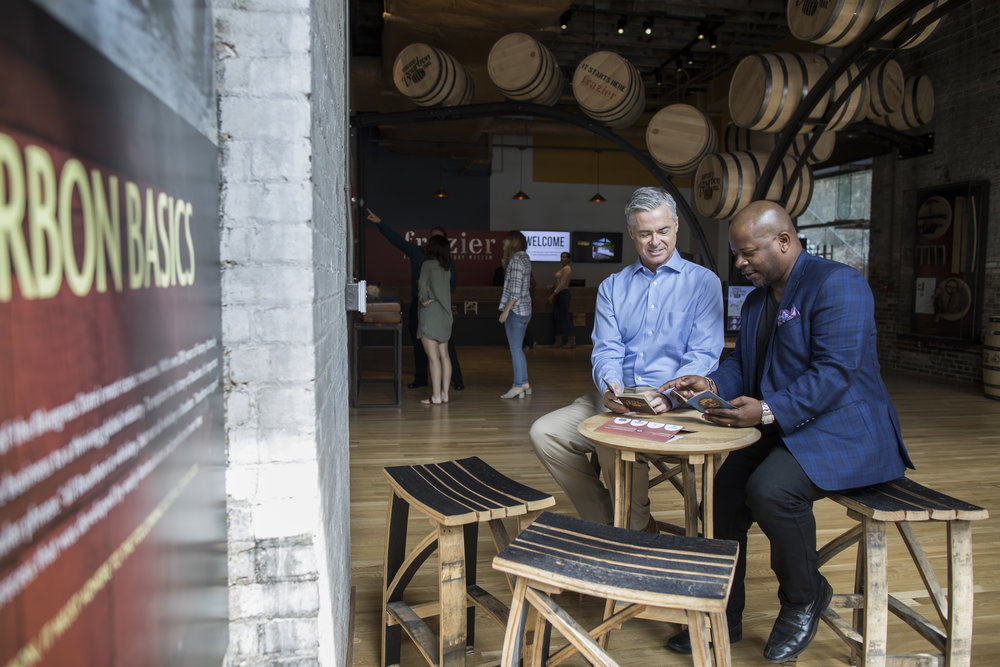 Ah, whiskey. The deceptively simple, amber-colored elixir has served as the inspiration for song, film, study, and reflection. Scholars have spent centuries contemplating how it’s made, how it has evolved, and the role it has played in history and civilization.

In fact, entire museums dedicated to whiskey have sprung up around the world. Here’s our guide to three American favorites.

Oscar Getz Museum of Whiskey History
In the heart of Kentucky bourbon country resides this whiskey museum with a collection of more than 5,000 artifacts and whiskey memorabilia: antique bottles and jugs, vintage liquor ads, black-and-white photos of Prohibition bars, dioramas, an authentic old moonshine still, and a little shrine to famed alcohol foe Carrie Nation. The museum is located in Spalding Hall, built in 1826, which is also home to the Bardstown Historical Museum; the whole place got a renovation in 2018. The best part of all: Oscar Getz is a mere four miles from Lux Row Distillers.

Why you need to go: We repeat: It’s a mere four miles from Lux Row, the world’s greatest bourbon distillery (if we do say so ourselves).

Frazier History Museum
Located in a turn-of-the-century building on Louisville’s historic Museum Row, the Frazier earns a spot on this list for its role as the Official Starting Point of the Kentucky Bourbon Trail Experiences. If you’re doing a bourbon tour in Kentucky, this is where you begin. Its Spirit of Kentucky exhibit explores every facet of bourbon: water, limestone, crops, wood. There are fun interactive elements, including a barrel-making simulation and a sensory station highlighting bourbon’s aromas such as caramel and charred oak. It ends with Bottle Hall, a display of every brand of bourbon produced in the state of Kentucky — more than 500 bottles and counting.

Why you need to go: It’s dedicated to bourbon.

The Museum of the American Cocktail (MOTAC)
Given the meteoric rise of craft cocktails, it’s only right they get their own museum, and what better place than New Orleans. Founded by cocktail kingpin Dale DeGroff, MOTAC explores the art and history of mixology and bartending via tastings, exhibits, and seminars. Its collection includes art deco cocktail shakers, tiki mugs, swizzle sticks, antique bottles, and vintage books with drink recipes dating to the 1800s. The museum occupies a wing of the Southern Food and Beverage Museum, so you can check out displays on barbecue and other Southern foods. When you’re done, there’s only one logical place to head: the French Quarter’s Bourbon Street, just a few blocks away.

Why you need to go: Can’t beat New Orleans.