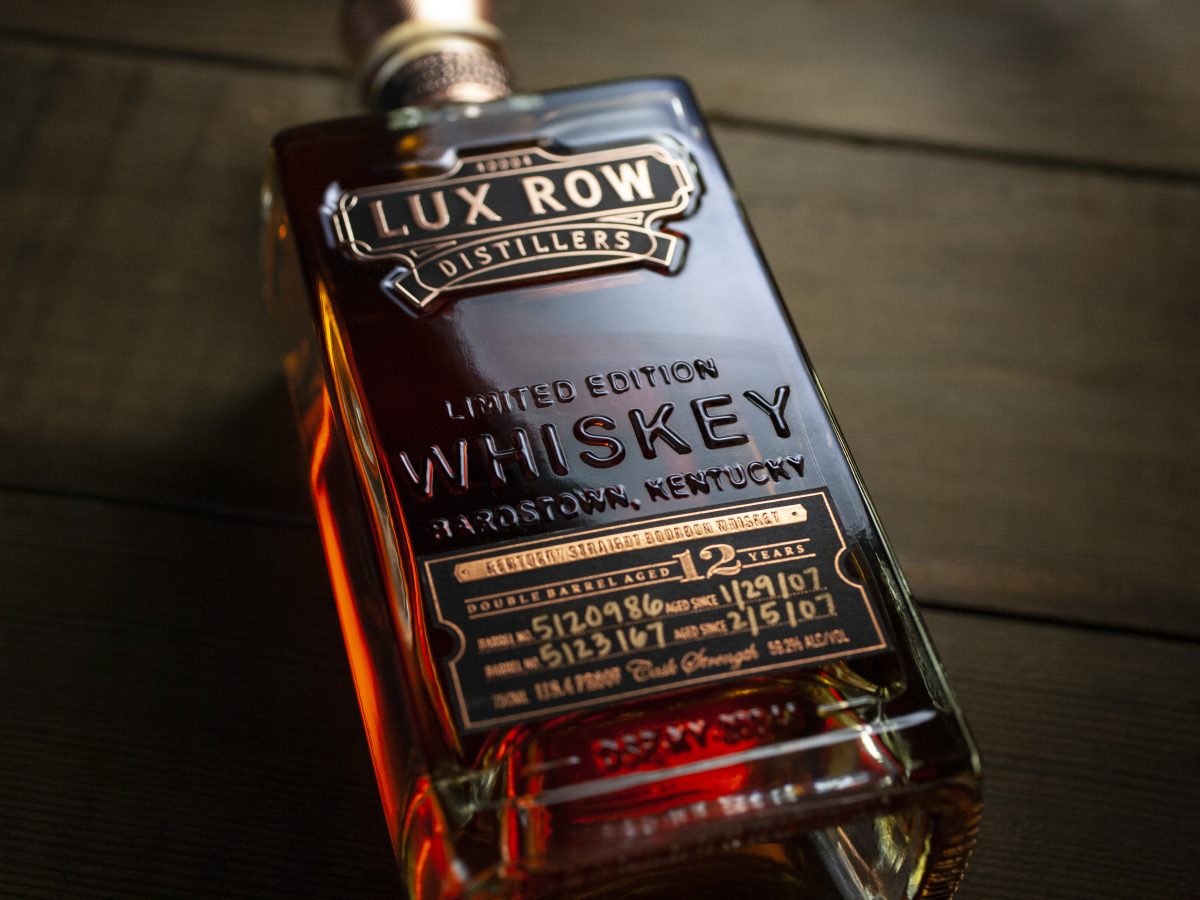 We’re proud to have four distinct brands of whiskey under one roof. But we weren’t going to stop there. We’d like to introduce you to the newest addition to our family: Lux Row Distillers Double Barrel Kentucky Straight Bourbon Whiskey .

The limited-release ryed bourbon was crafted as a thank you to customers for supporting Lux Row Distillers during its first year in business. “Even the proof, 118.4, commemorates the distillery’s grand opening in April 2018,” says John Rempe, head distiller and master blender for Lux Row Distillers.

Since opening, Lux Row Distillers has been listed as the No. 1 attraction in Bardstown, Kentucky, by Trip Advisor, welcoming some 25,000 visitors to its tree-lined property. We’ve also poured more than 42,000 samples of bourbon, and we currently have more than 25,000 barrels of Kentucky’s finest bourbon aging comfortably in our rickhouses.

But unlike all the other whiskeys produced at the distillery, Lux Row Distillers Bourbon is a double-barrel release, meaning that the bourbon was aged in two different barrels — for 12 years each. This technique gives it an extra-aged expression highlighted by notes of caramel, vanilla, oak, and tobacco. “I personally picked two barrels that complement each other — and mingled them for an exceptional offering,” Rempe says.

Normally Rempe recommends drinking your whiskey whatever way you like. But he believes that Lux Row Distillers Bourbon “is best neat, or maybe with just a drop or two of water.” That way, you can truly savor its intricate sweet and smoky flavor profiles.

Want to get your hands on a bottle? Then you’d better plan a trip to Lux Row Distillers, because this release will only be available in Kentucky — and at the Lux Row Distillers gift shop. If you make the trek sometime between September 18-22, you can take part in all the excitement and the launch of this new brand during the Kentucky Bourbon Festival in the Bourbon Capital of the World. That’s what’s known as a win-win.