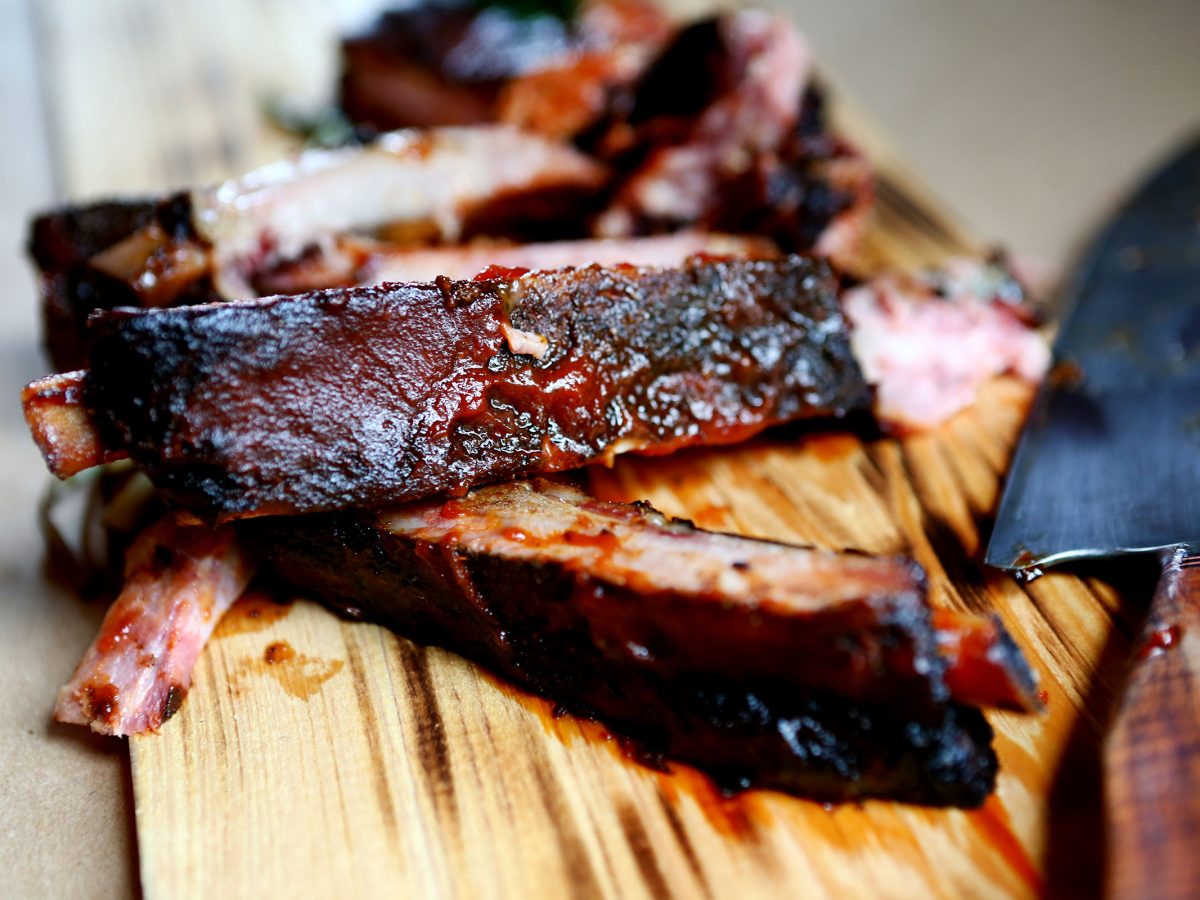 Summer means barbecues, and barbecues mean tasty meats. Barbecue and bourbon is just one of those pairings that was meant to be.

Both boast layers of complexity, which can be achieved only after prolonged periods of doting attention — whether it’s brisket smoked for hours over hickory wood or bourbon aged for years in a charred oak barrel.

There are no shortcuts here. You can’t make this kind of magic overnight. Be it bourbon or sausage, you’re enjoying traditions that have been honed and treasured for centuries, coming together in an infinitely pleasurable single sip or bite.

There’s probably no such thing as a bad match-up between bourbon and meat, but why not aim for better — and even best. Here are some recommended meat-and-bourbon combos.

Brisket
Cooked over low heat in a covered grill, brisket brings these joyful things: crusty exterior, tender texture, and the inimitable taste of smoke and beef. There’s a lot going on, and for that you need an unflinchingly confident bourbon. As an aged, ryed bourbon, David Nicholson Reserve has an assertive flavor profile — sweet like honey, and toasty, with a touch of chocolate and an undercurrent of spice — that won’t shrink in brisket’s presence.

Pulled pork
As meats go, the flavor of pork is relatively mild. (Unless you’re talking bacon, and then all bets are off.) The pleasures of pulled pork — slow-cooked then “pulled” into tender shreds — lie in its texture: rich, moist, even buttery. It begs for a good-natured bourbon such as Ezra Brooks Kentucky Straight, which is charcoal-filtered to mellow out the flavor. It has just a hint of spice with notes of chocolate and cinnamon that complement the pork without overpowering it.

Chicken
Imagine a chicken breast roasting on the grill, dabbed with a brick-red sauce, edges blackened from the char of the coals. Salty, smoky, and sweet, barbecued chicken needs a sipper with a well-rounded profile to match. Rebel Yell Kentucky Straight Bourbon is the one, with its corresponding flavors of honey and butter, and dried fruit such as raisins and plums. Its 40% alcohol volume is up to the task of meeting but not overshadowing the chicken itself.

Pork ribs
Gloriously greasy, salty, meaty, and bacon-y, with a little dried jerky on top, pork ribs are the daredevil of the barbecued meat family. This calls for rye, among the most fearless whiskeys of all. Choose from Rebel Yell Straight Rye Whiskey, with its unpretentious flavor and spicy nose, or Ezra Brooks Straight Rye Whiskey, which has been charcoal filtered for a smooth, intense taste that develops on the palate.

Sausage
Whether mild or spicy, sausages are an unrepentant flavor bomb loaded with piquant seasonings and plenty of good fat. If your sausage-fest features gourmet bangers made from delicate meats like chicken and apple, pair it with a pleasing wheated bourbon such as David Nicholson 1843 . If you’re grilling robust sausages like spicy Italian or chorizo, go for Ezra Brooks Old Ezra Barrel Strength, aged seven years, with undertones of vanilla, cinnamon, and wood. Its 117 proof will cut right through that fat like a knife. A delicious bourbony knife.

Dessert
For the perfect sweet note to end your barbecue feast, pour a splash of Ezra Brooks Bourbon Cream over vanilla ice cream. This smooth bourbon cream comes in at a low 12.5 percent alcohol but boasts layers of flavors: cinnamon, nutmeg, vanilla, toffee, and pecan, with a buttery-rich caramel finish. Heck, who needs the ice cream — a shot of this bourbon cream is dessert all on its own.