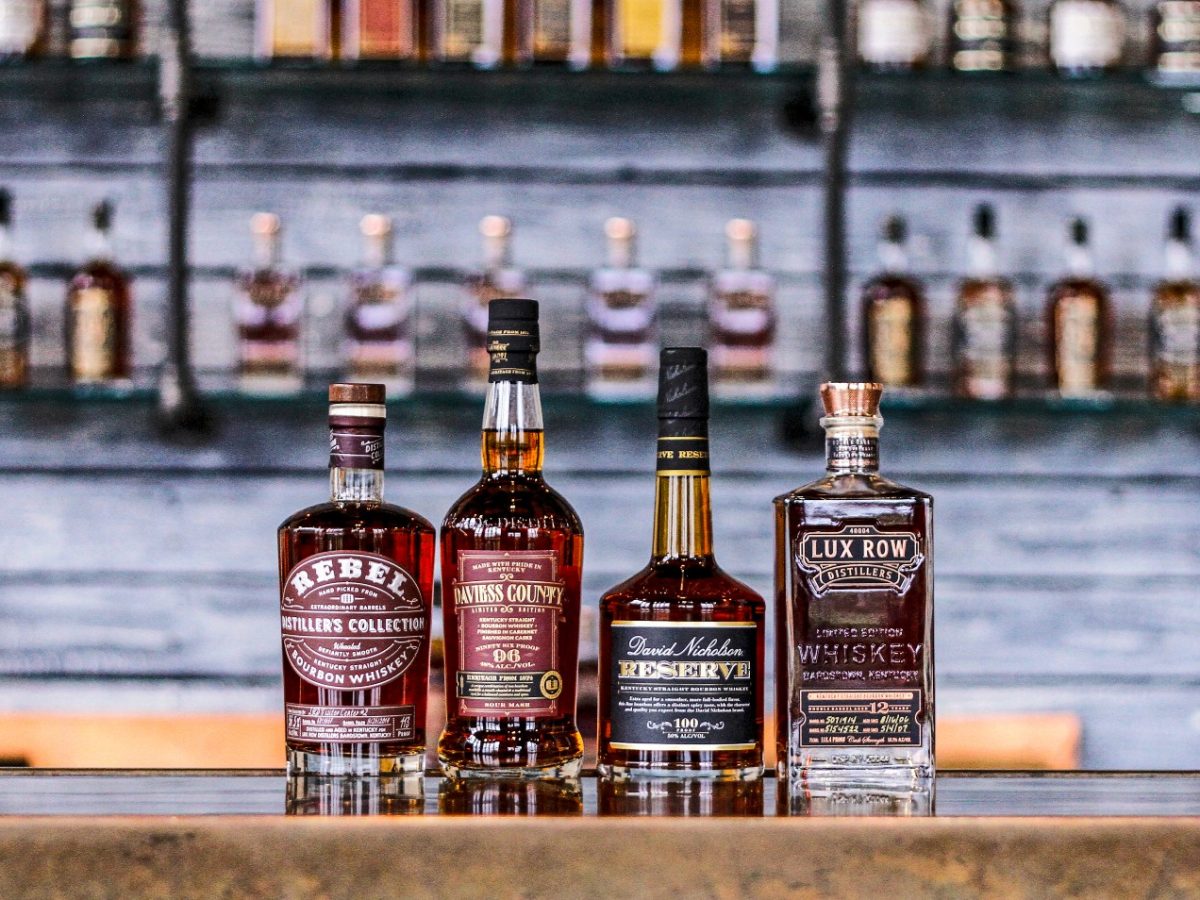 Aging is an essential part of the process of making bourbon. In fact, it’s one of the official, legal requirements, along with the fact that it must be made from at least 51 percent corn and be aged in charred oak barrels.

But beyond the official rules, aging makes bourbon what it is: transforming what begins as a clear distilled spirit into a beautiful amber elixir, loaded with layers of flavor and an intense complexity.

However, bourbon isn’t aged forever and ever. There are limits on how far to go.

Pre-aging
Bourbon starts out as a mash of corn and other grains such as rye, wheat, and barley. They get cooked in water, then fermented by the addition of yeast. The grains are removed, the liquid gets distilled, and it’s ready to be aged.

Bourbon, meet wood
Aging is really about wood — how the spirit’s exposure to the barrel creates the look, smell, and taste of the bourbon we love.

It’s a give and take between two organic things: the distilled spirit and the charred wood inside the barrels.

Over time and changes in temperature, the wood expands and contracts, introducing oxygen, which helps with the aging, while simultaneously imparting flavors such as vanilla and coconut.

The charring makes its own meaningful contribution by acting as a filter, eliminating the alcohol’s harsh edges and adding golden color, smoky flavor, and a smooth, caramelized body.

Aging also makes bourbon more concentrated, as some of the water evaporates while in the barrel — this small evaporated portion is famously referred to as the Angel’s Share.

Climate
The environment in a rick house, the warehouse where barrels rest, also affects the aging process. Heat speeds things up; cold slows things down.

Temperature has such an impact that barrels in the same warehouse age differently. Those positioned closer to the ground are cooler and age more slowly than barrels positioned on a higher shelf.

Aged bourbon
For most bourbon, there’s no stipulation on how long it should be aged, with two exceptions:

When a bourbon is labeled “straight bourbon,” that’s a guarantee it has been aged for at least two years.

When a bourbon is labeled “bottled-in-bond,” that’s a guarantee it has been aged at least four years, and at 100 proof (or 50% ABV).

Lastly, any bourbon that’s been aged less than four years must display its age on the label.

If you don’t see an age on the label, then it’s likely a blend of different ages, with younger and older bourbon combined for the ideal flavor profile sought by the distillery.

These designations were established by the federal government decades ago, as a safeguard for consumers. Fortunately, the craft cocktail movement has improved standards overall.

Limits on aging
Unlike wine, which usually gets better the longer it ages, bourbon has a lifespan: somewhere between 5 and 12 years old. If it sits too much longer in the barrel, all that sweet flavor gets overpowered by the wood.

In the bottle
Once bourbon is bottled, the aging process stops. You can have your bottle of bourbon on the shelf indefinitely, even if it’s open.

Flavor-wise, it may lose a little intensity, and if your bottle cap isn’t sealed tight, you might experience some evaporation. So, we suggest that you just drink up.