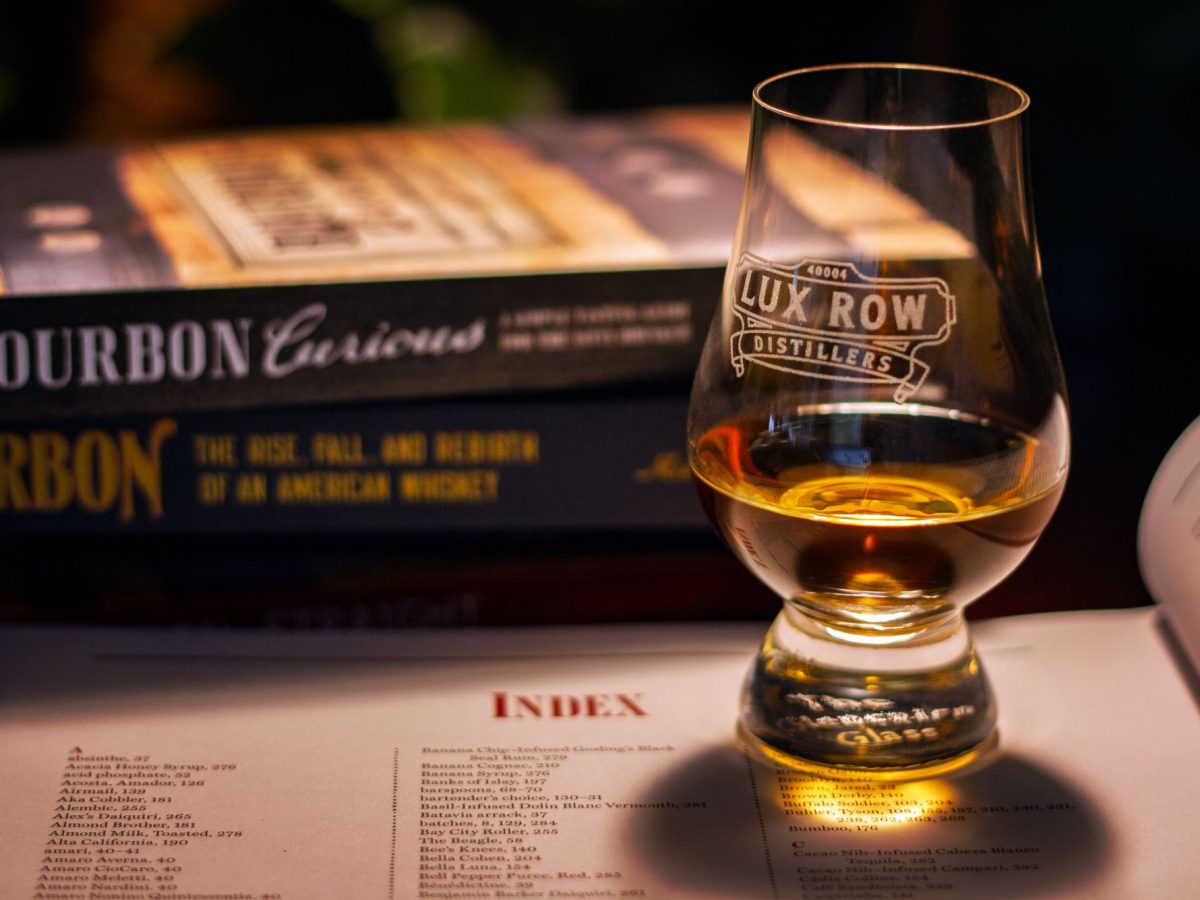 There are some very specific rules when it comes to calling something “bourbon.” Though it is a type of whiskey, bourbon’s base must be at least 51 percent corn, and the spirit has to be aged in new charred oak containers. And to be considered “straight” bourbon, it has to be aged at least two years.

What else should you know about bourbon? Familiarize yourself with these terms to become a know-it-all.

Angel’s share: During the aging process, there’s always a portion of bourbon — about 4 to 5 percent of the total volume per year — that gets lost due to evaporation and is taken “into the heavens.”

Backset: Also known as setback or spent mash, this is the thin stillage from a previously distilled batch of whiskey. It’s added to the next mash cook to ensure consistency of flavor and to lower the pH (making it more “sour”). This inhibits bacterial growth (off flavors) and promotes yeast growth. This process is known as the sour mash process.

Charring: This process determines how fired up the insides of the new barrels get before the aging process begins; it also affects the bourbon’s flavor. There are four levels of char, and all of Lux Row’s bourbons use a level three (the most common). This means our barrels are charred for about 55 seconds. The char level, and the resulting toasted layer underneath (known as the “red layer”), produce various flavor notes. In Rebel Yell 10 Year, vanilla plays a strong role in the overall taste profile. This flavor is produced when the lignin in the red layer changes into vanillin during the aging process.

Distiller’s beer: This fermented mash of cooked grains, water, and yeast is what’s transferred from the fermenter to the beer still for the first distillation.

Doubler: This vessel is for the second distillation, removing impurities and concentrating the alcohol even more. Basically, low wines go in, and high wines come out (see below).

Fermentation: When yeast transforms sugar into alcohol and carbon dioxide.

Heads: The first section of the high wines, this spirit is undesirable and high in impurities. In Lux Row’s process, the heads are vented off after the first distillation.

Mash: The mixture of cooked grains and water before the yeast is added to begin fermentation.

Still: Lux Row Distillers has a 43-foot custom copper still, which can produce 3 million gallons of spirit per year. Its main component is a very tall copper column, with 19 perforated plates, that separates the alcohol from the distiller’s beer by vaporizing the alcohol molecule. (The result is low wines.)

Tails: Most of the tails, or higher boiling point components or impurities, flow out of the bottom of the column with the stillage. What does manage to pass through the column is cleaned up in the doubler.

Thumper: Similar to doublers, as low wines come in (but in vapor state) and high wines come out, these vessels make a thumping sound as the vapors bubble through the water.