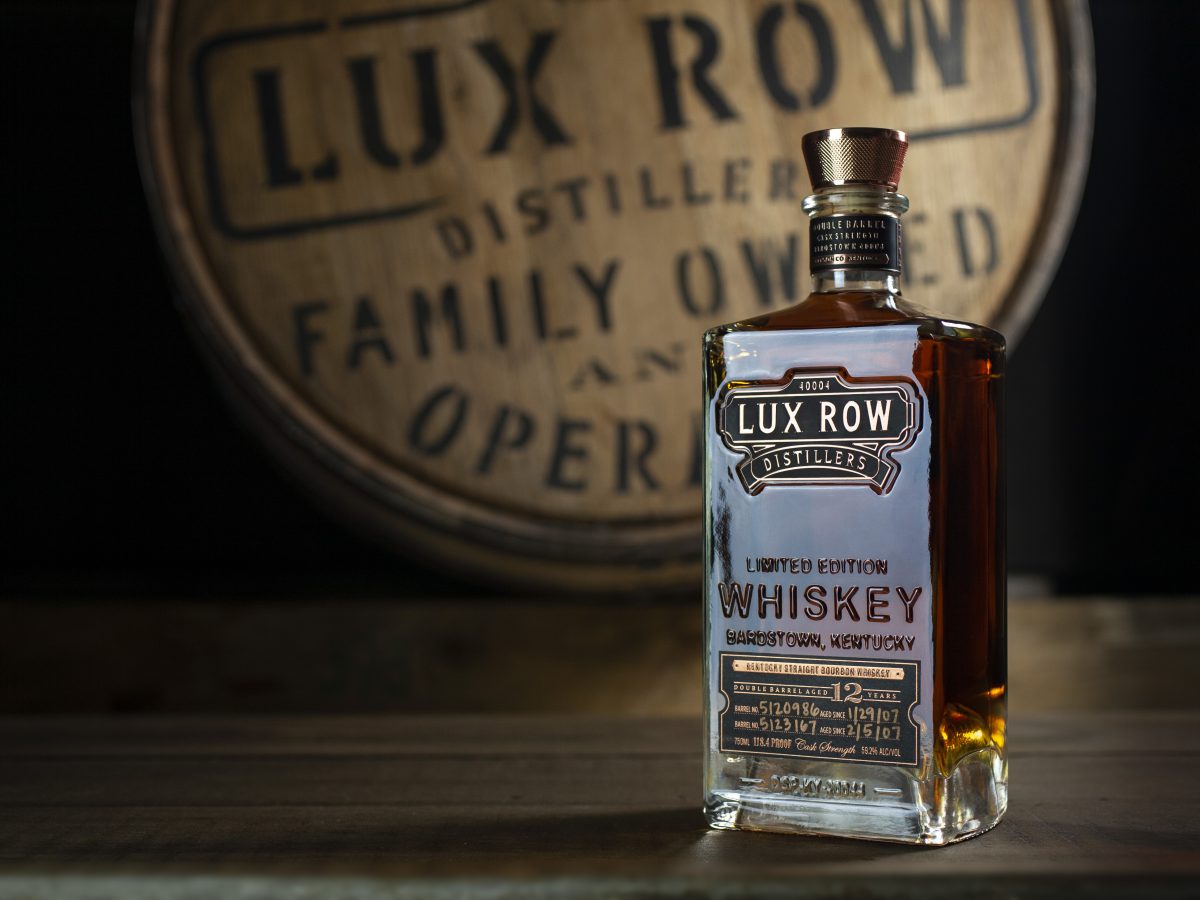 When we introduced our limited-edition Lux Row Double Barrel Kentucky Straight Bourbon last year, we noted that it was released as a thank you to customers for their support during our first year of business. A special bottling available at the Lux Row gift shop, the bourbon was blended after being aged in two different barrels for a dozen years each.

Now we’d like to thank Whisky Advocate magazine, which clearly found it pretty special too: Lux Row Double Barrel was declared one of the 10 highest-scoring whiskies in the magazine’s Winter 2019 Buying Guide. To determine the top 10, the tasting panel blind-tasted and reviewed more than 170 whiskies of all types, from ryes to single malts to bourbons.

Whisky Advocate does multiple tastings on a weekly basis, easily more than 100 a year — envy-producing work for those lucky enough to wind up on the tasting panels. In its influential and closely watched annual Winter Buying Guide, the magazine comes up with several special lists, including Collectibles, Editors’ Choice, and a Top 20 (in which our Old Ezra 7 bourbon was also included).

For the whiskies that don’t make those three lists, the magazine puts together another — the highest-scoring top 10 that net 93 points or more on the tasters’ 100-point scale. The Double Barrel garnered 94 points, the highest mark on the list for a bourbon.

Susannah Skiver Barton, who designs and organizes the blind tastings for Whisky Advocate, wrote about the Double Barrel characteristics in the Winter 2019 Buying Guide: “Deeply inviting on the nose and satisfying on the palate. Aromas of iced tea, orange Tang, peanuts, dark fruit, weathered oak, leather, and spices commingle with the freshness of an alpine retreat. Flavors and texture fill the mouth: chewy oak, semi-sweet chocolate, cinnamon plums, walnuts, cherry cough syrup, orange oil, and cloves. Cooked dark fruit, semi-sweet chocolate, and copious mature oak on the finish, which is velvety and expansive.”

Not sure we could have said it any better. Barton added, “Needless to say, at this proof, it benefits from generous amounts of water.”

The proof is 118.4, a happy match for our April 2018 opening of the distillery. Still, our head distiller and master blender, John Rempe, thinks most Lux Row bourbons are best served neat. He was willing to make a slight exception in the case of the Double Barrel: “Maybe with just a drop or two of water.”