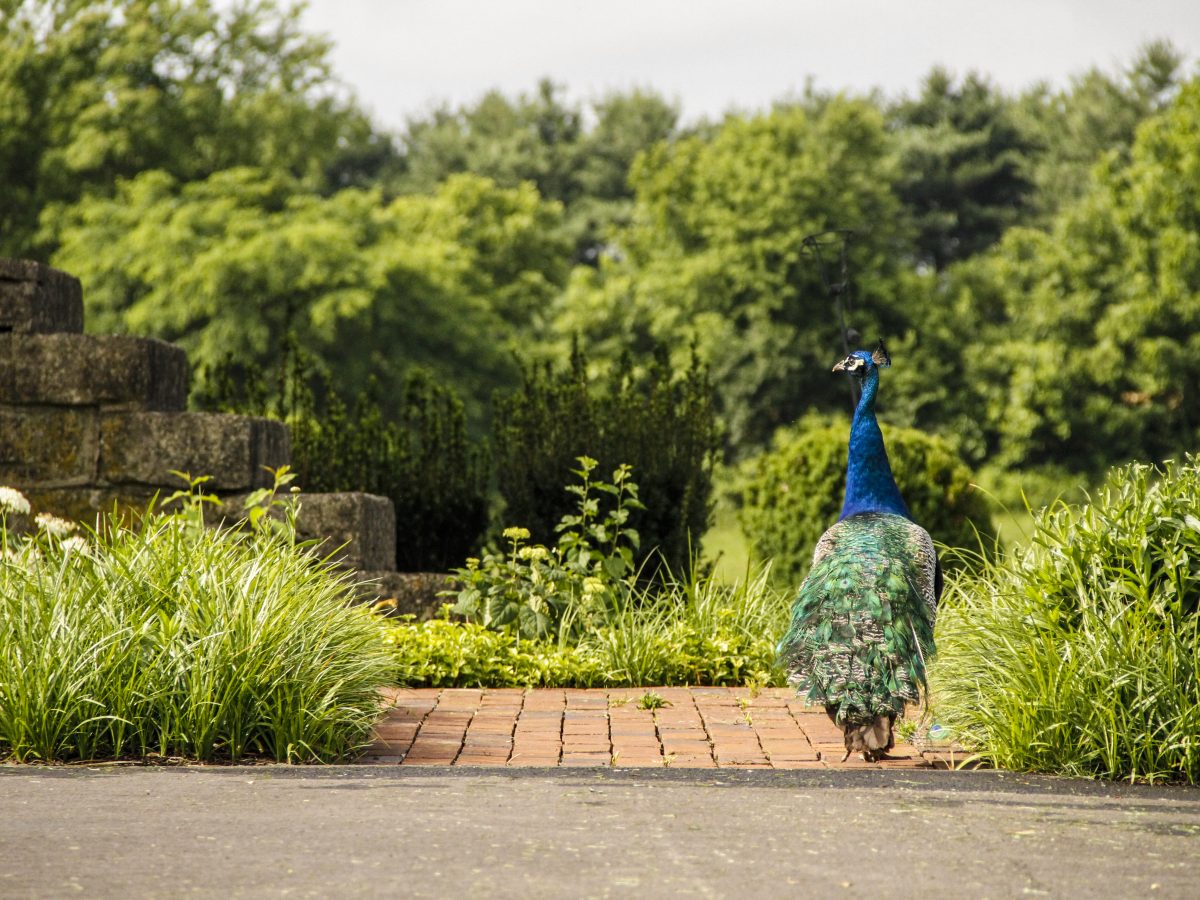 Lux Row peacocks. Yes, you read that right. These majestic birds are a unique part of the distillery’s history and have made a name for themselves among visitors since Lux Row Distillers opened in 2018.

But you might be thinking … peacocks and bourbon? How did that happen?

“The property that Lux Row is on was a farm long before we purchased it from the Ballard family,” says Vincent Clark, Lux Row Distillers’ visitor center manager. “Mr. Ballard collected peacocks, and part of the purchase deal was that they could remain on the site and we would take good care of them. But Mr. Ballard is still very involved — he comes by once a week to feed them.”

The peacocks — there are currently 13 of them, plus “three guinea fowl who think they’re peacocks,” says Clark — pretty much have the run of Lux Row’s 90 acres. 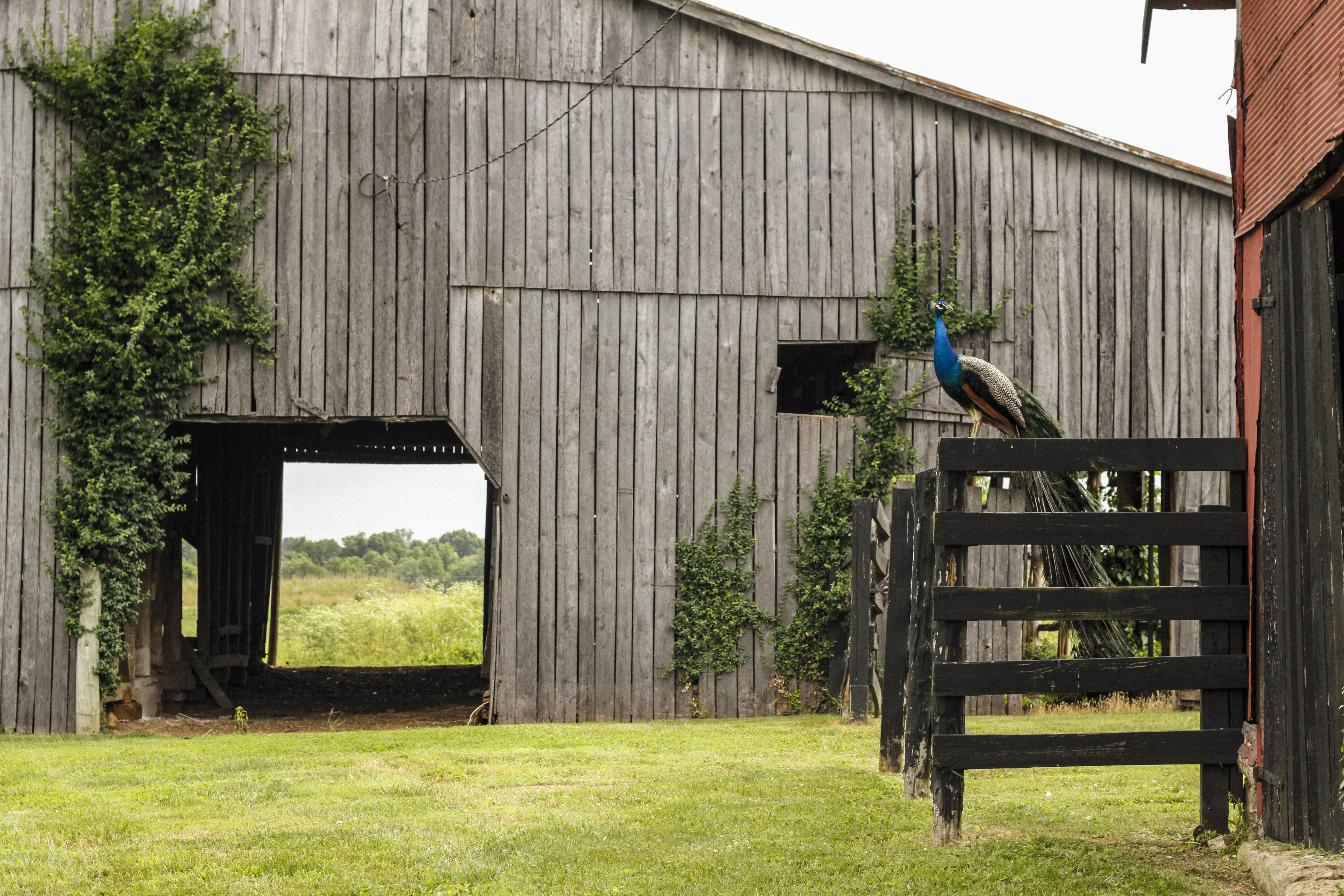 At night they house themselves in the distillery’s big red barn, then amble out for a morning stroll around 8:30 or 9 a.m. They typically reappear around sunset, or 4 or 5 p.m.

That’s in the summer and early fall (much like humans, winter makes them less active). Stop by for a visit in May, and you’re much more likely to spot the birds during their mating season.

“They’re everywhere during mating season,” says Clark. “We currently have three males, and it’s not unusual for the peacocks to run across the tasting room floor as they’re chasing each other. In the spring, the only thing that captures people’s attention more than the bourbon is the peacocks.”

Last year’s mating season resulted in six new baby peacocks, so Clark anticipates their bevy will only continue to grow each year.

At the end of mating season, or late summer, expect to find the Lux Row property practically covered in peacock feathers.

“You come in one day, and there will be hundreds of feathers on the ground,” says Clark. “We collect and display them in the retail store, so people can see a bit of the famous peacocks even when they’re not out.”

Anyone who’s ever spent time around peacocks has learned that these birds certainly know how to make their presence known. The loud hoots and cries are most common during mating season, but Clark says the peacocks tend to stay pretty quiet the rest of the time, especially when guests are around.

“There’s one guinea hen who acts as the messenger, alerting the others to bad weather and when people are coming,” says Clark. “But really, they have nothing else to worry about. It’s a very safe habitat for them here, and they’re really allowed to flourish, so I don’t see them ever leaving. Most distilleries have cats; we have peacocks.”